Natural gas processing – How it's done

Natural gas processing – How it's done

December 16, 2020
Natural gas processing has many stages: extraction, removals, separation, liquifying. The natural gas used in households is different in many ways from the extracted, raw natural gas.

Natural gas has gained popularity in the last couple of years, mostly because it is considered as a ‘bridge’ between highly pollutant fuels (gasoline, carbon, and diesel) and renewable energy. Among non-renewable fuels, natural gas has the least greenhouse gas effects.

What is natural gas?

Natural gas (or fossil gas) is hiding beneath the surface and extracted both from under the ocean and land. Natural gas consists mainly of methane but includes a varying amount of alkanes, nitrogen, helium, carbon dioxide, water vapor, propane, butane, and hydrogen sulphide. 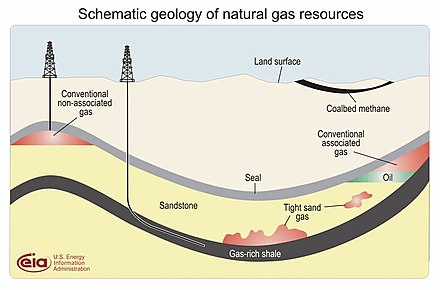 Natural gas formed hundreds of millions of years ago. The heat and gravity decomposed the dead plants and animals and turned them into petroleum, oil, or natural gas. Most of the time natural gas can be found near oil reservoirs, and because of that, a separation is needed after extraction.

Read more about the locations of the reservoirs: where is natural gas found?

There are four types of natural gas extractions:

The extraction process depends on how deep the natural gas is below the surface and if there is anything unconventional (rocks that need to be broken up) that could make the extraction less efficient. To learn more, read our article: How is natural gas extracted?

However, some reservoirs include only natural gas: in fact, it is called non-associated gas.

How is natural gas processed? The steps:

Separation starts with oil. The most common method is to use equipment called Conventional Separator which is placed near wellheads so it can start separating right after natural gas came to the surface. It works with gravity: in a simple, closed tank the heavier oil separates from the lighter gas.

Separation starts with oil. The most common method is to use equipment called Conventional Separator which is placed near wellheads so it can start separating right after natural gas came to the surface. It works with gravity: in a simple, closed tank the heavier oil separates from the lighter gas.

Groundwater comes with natural gas many times. Removing the associated water happens right after oil separation and is a more complex procedure. The process involves absorption, or adsorption, depending on the water’s condensation.

Other contained acid gases are removed by membrane or amine treating. 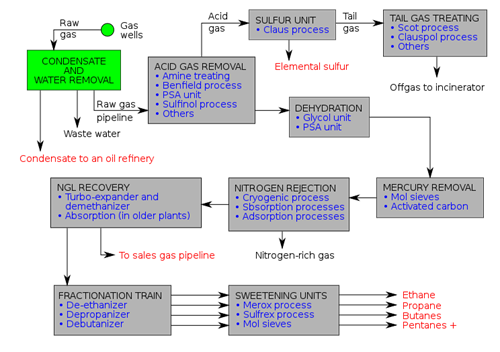 When natural gas takes its final form, odorant phase, storage and transportation are left on the to-do list. ‘Giving’ an odour to natural gas is a key factor: the smell is like an alarm, so it is easier to recognize leaking in the systems when transported.

All that is left is to transport the natural gas into the desired destination. Natural gas can be stored both as a gas or liquified. Gaseous fossil fuel is transported by gas stream pipelines for

long distances, while LNG can be shipped to territories where pipelines cannot be built (islands for example).