April 29, 2020
Natural gas is one of the fossil fuels – along with coal, sulfur, and petroleum. If we burn natural gas, it releases a significant amount of energy. That is why we use it for a lot of activities, appliances and tools.

No wonder that the uses of natural gas are increasing, according to the U.S. Energy Information Administration. 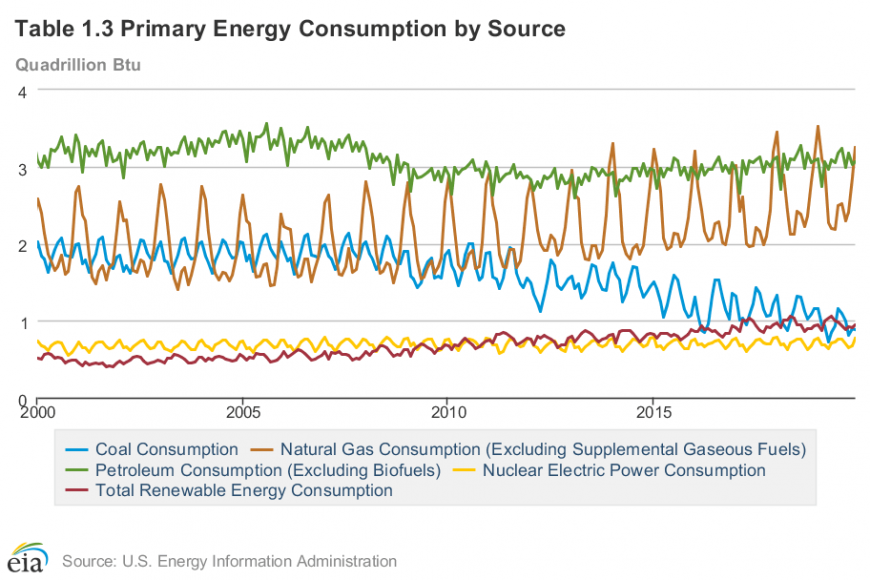 What natural gas is used for has changed a lot recently, because in the 19th century, it was primarily used to power lights – in buildings and on the streets. Today, technology has expanded the uses of natural gas so much that we can use it for almost anything.

But how do we use it exactly?

What is natural gas used for?

First and foremost, there are a few common uses – and a lot of other less significant ways to use it.

First, let’s see the 3 most important uses of natural gas. 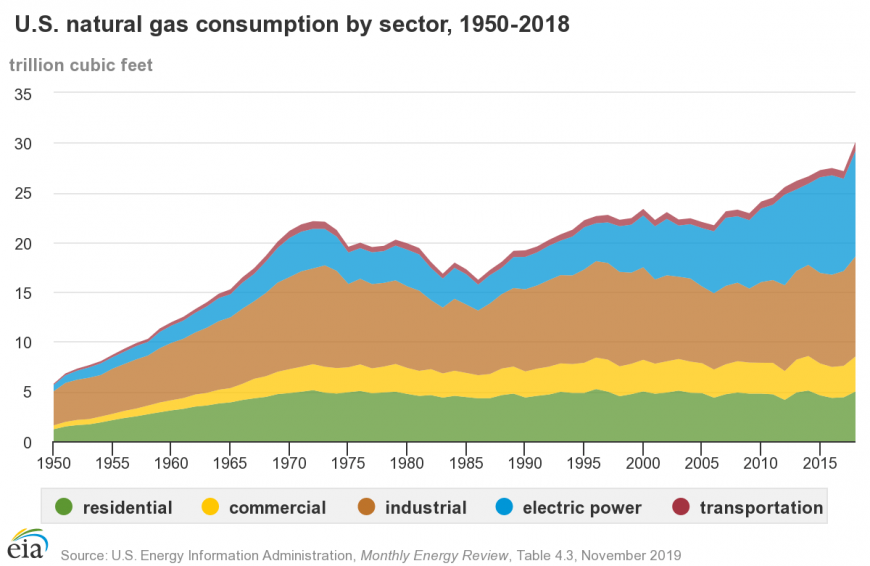 And then, let’s find out about the most common uses of natural gas in everyday life.

Let’s start with the primary use.

We can generate electricity with natural gas – with steam turbines and gas turbines. 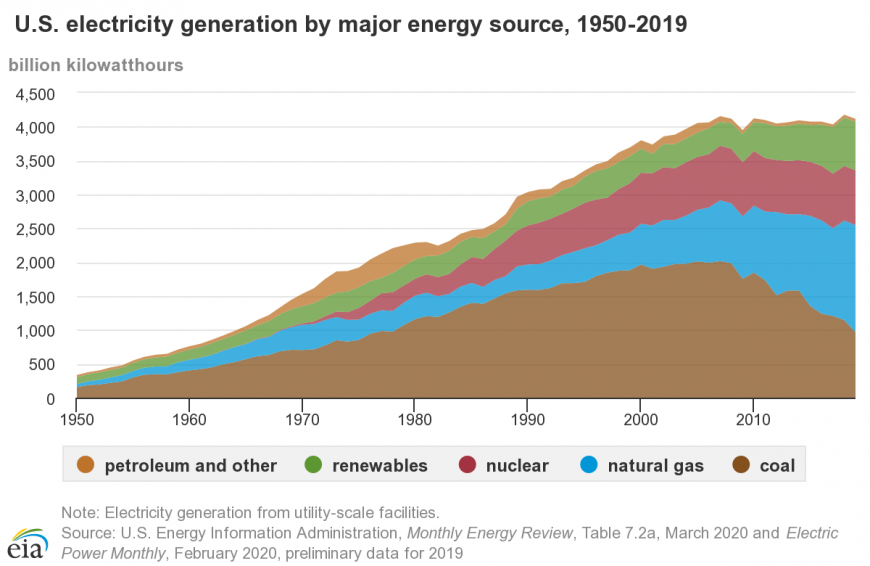 And we will use more and more electricity in the near future, because we use it in ways we didn’t know 20 years ago (e.g. electric cars).

Almost half of all U.S. homes use natural gas for heating. The reason behind this: it is more effective than electric heating pumps.

If somebody asks what we use natural gas for, we can say confidently that it is mostly used for heating and electricity generation, but there are other important uses as the above image shows.

The industrial use of natural gas means production of chemicals, fertilizers, hydrogen, etc. It accounts for about 33% of the total U.S. natural gas consumption.

In terms of transportation, natural gas is not the main source of energy in this industry (it is petroleum), but most people don’t realize that it is used significantly more than electricity.

The numbers represent the total transportation sector energy use. Moreover, natural gas is used for cooling purposes, manufacturing, cogeneration and trigeneration (simultaneous use of electrical energy and heating).

But how do we use natural gas exactly, what uses gas, and what is the difference between residential and commercial uses?

If we want to highlight a few specific uses of natural gas for most consumer types, we should ask a really simple question. What uses gas in a house?

Here’s a short list of the most common uses.

We can use natural gas directly to cook. It often provides better temperature control, and it uses significantly less energy than an electric oven.

But if we don’t use gas directly, probably we use it indirectly (via electricity generation).

Yes, we use it to make our rooms warm – but water, too.

The #1 cooling method is air conditioning.

In almost every case, we use natural gas, directly or indirectly. Mostly indirectly (because we use electricity), but there are natural gas products and models that use the gas directly. These are not so popular amongst households.

There are a lot of applications of natural gas for homes.

For example, there are natural gas fireplaces without all the mess of wood-burning. You don’t need to worry about the fire if you go to sleep, you have better fire control – and last but not least, you don’t have to collect wood before every BBQ party.

But what is natural gas used for in different commercial industries?

Who uses natural gas and for what purposes?

According to EIA, the commercial sector uses natural gas to

In plain English, the use of natural gas in commercial buildings is similar to its use in homes. The sector accounts for about 12% of total U.S. natural gas consumption.

Natural gas is one of the most common sources of energy. There are 3 uses of natural gas which are much more significant than the others:

EIA differentiates the consumers as residences, commercial, or industrial users – but natural gas usage in the commercial sector is very similar to its use in residences.